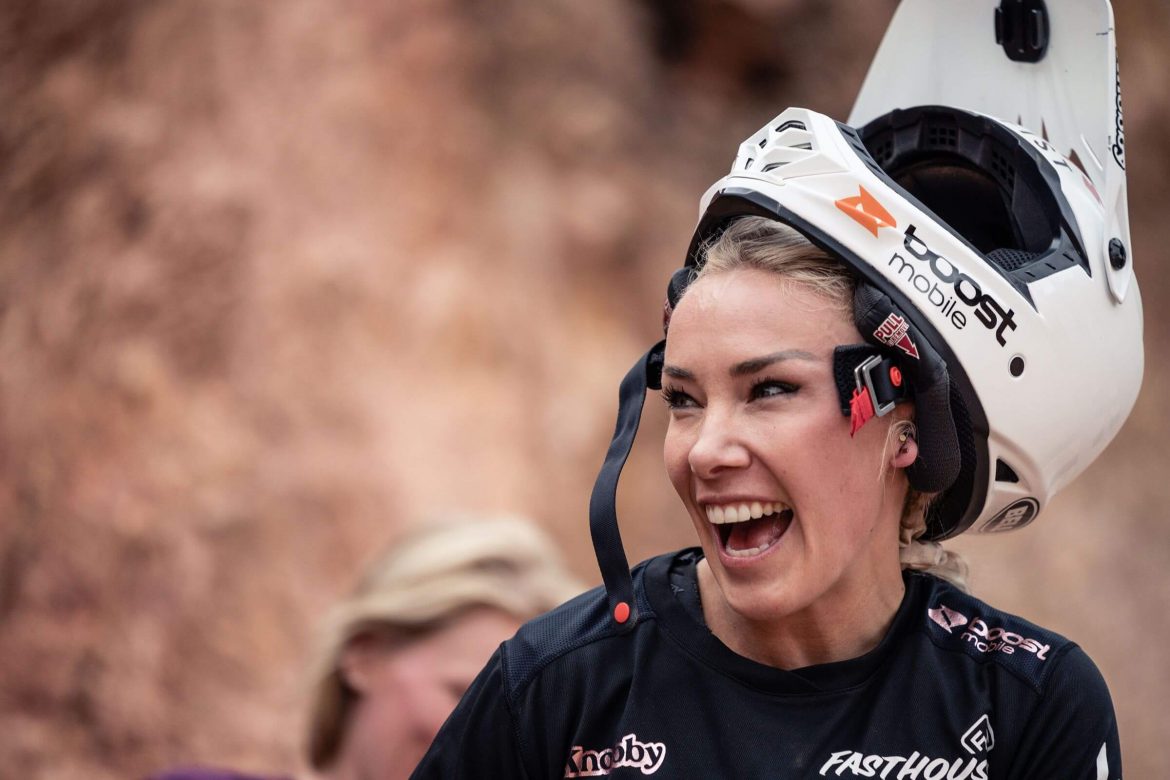 The Australian rider makes history at the Audi Nines MTB presented by Falken.

She has won 16 national championships and eight world championships on BMX and mountain bikes, but at the Audi Nines MTB 2021 presented by Falken, Caroline Buchanan (AUS) has now achieved something very special: In the legendary quarry near Birkenfeld in the Hunsrück-Nahe bike region she was the first woman to do a front flip on a mountain bike.

“I’ve had some successes in my BMX and mountain-bike career, riding in the Olympics, winning world-championship titles, but to personally do a trick for yourself and to claim a world’s first, it’s really rewarding.” said the 30-year-old Australian.

At the Audi Nines MTB this year, in addition to the world’s best men, nine women’s riders will be dropping in for the first time. Alongside the six invited elite riders, there are also three talents who have qualified through the “Become a Nine” video contest. Among them is the 14-year-old German Patricia Druwen, who has already impressed the older riders this week with her skills and style. They all use the three lines and the numerous varied obstacles of the Audi Nines course to learn new tricks and take women’s mountain biking to the next level.

“The conditions here to do a world’s first is the prime environment. You’ve got the guys who are really supportive, that culture, the environment, the hype, the support, the emotions, the cameras… This is just the global stage to land a trick like that!” commented Caroline.

Buchanan had big plans before she came to Birkenfeld: “First of all, I just wanted to enjoy the place, the atmosphere and the mountain biking. I also wanted to improve my skills and tricks. But I also had a special goal: I practised the front flip on an airbag in Australia. I wanted to be the first woman in the world to do a front flip to dirt, and I have now succeeded. It’s a long way to come from Australia but so worth the trip over. I’m so honoured to be here as one of the first women to take on the Audi Nines venue.”

ABOUT THE AUDI NINES
The Audi Nines in its essence aims to celebrate sports and the athletes who write history through their dedication, talent, and passion. Each year the event series has continually evolved and adapted in collaboration with our athletes and partners. Yet despite the changing face of the Nine Knights throughout the years, the fundamental elements of camaraderie and excellence have never changed, this philosophy of ours continues to shine through making each event outstanding in its is own unique way.

Quick Tips | How to Manual a Mountain Bike