The GoPro HERO8 Black packs it all in to a slimmer body and integrated mounts.  It may look like the GoPro 5, 6, or 7, but is actually 4.6mm slimmer than before and 14% lighter.  An added bonus to this GoPro HERO8 Black is the Corning Gorilla Glass lens cover for 2 times impact resistance. 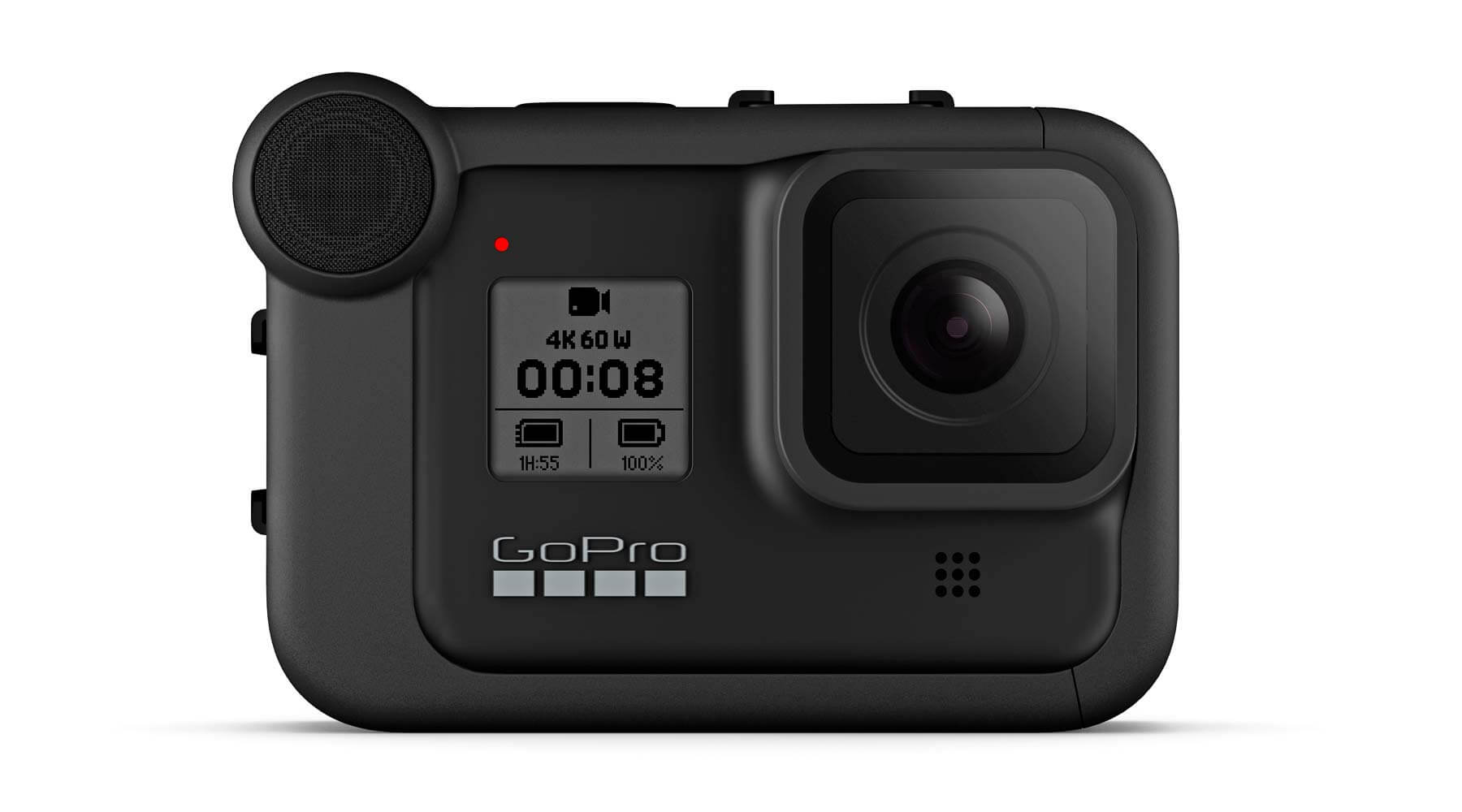 The new optional modular extended frame builds in external, shotgun microphone audio, a 3.5mm mic port, HDMI-out ports and two modular, industry standard cold shoe mounts. This is a huge plus for Vloggers and Youtubers out there. 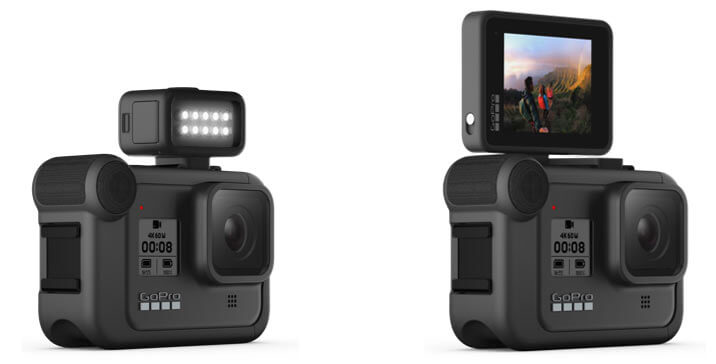 On to the modular extended frame mounts you can add a new external forward facing display to see what you’re recording live.  Another new accessory is the new high powered compact 200 lumen LED light source called the Hero8 Light Mod for low light conditions.  Another new accessory is the Hero8 Black Floaty Case, which historically has been orange, a large foam cover that goes over the core camera and will bob until you find it in the lake.  I’m guessing the orange color may be easier to see in the lake, being personal experience, but, I’m will to give this new one a go.

A huge deal is the new camera will still use the same battery pack as the Hero 6 & 7.  If you have as many batteries for both of those as I do, you’ll know this is a big deal. 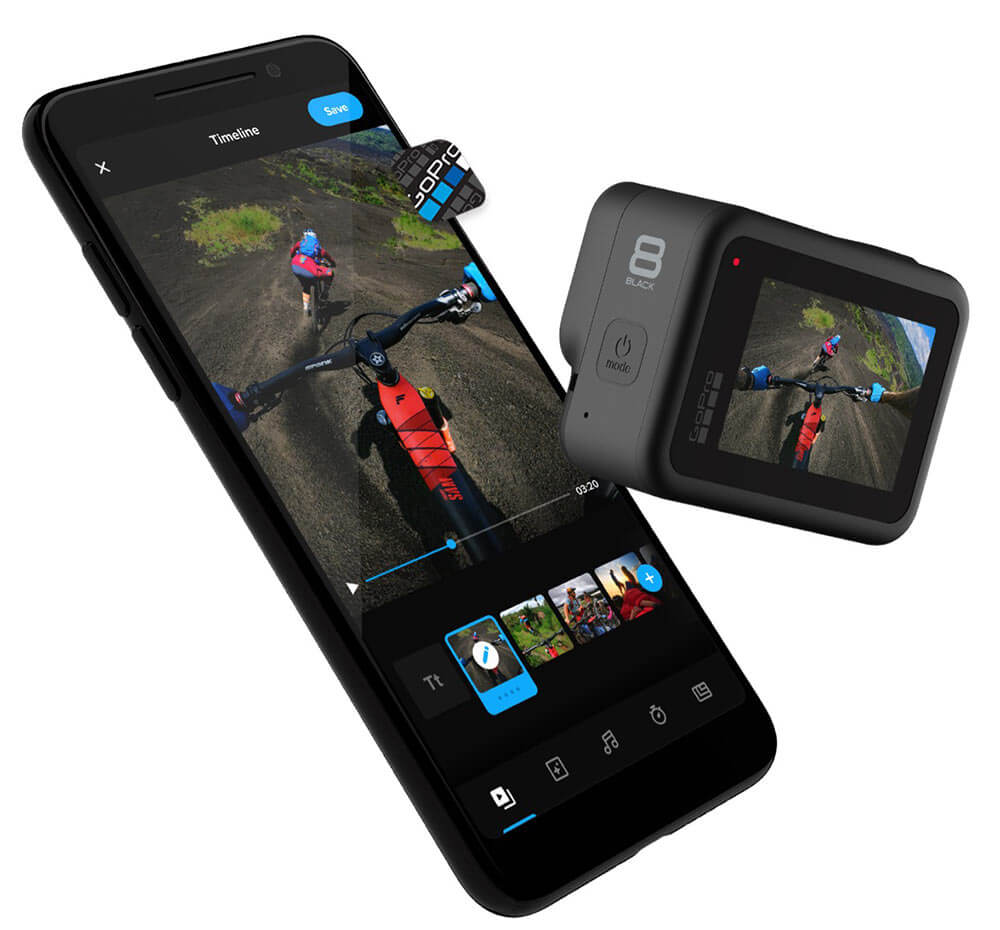 The new Hero 8 is available for pre-order now direct from GoPro holding the same price as the Hero 7 at $399. 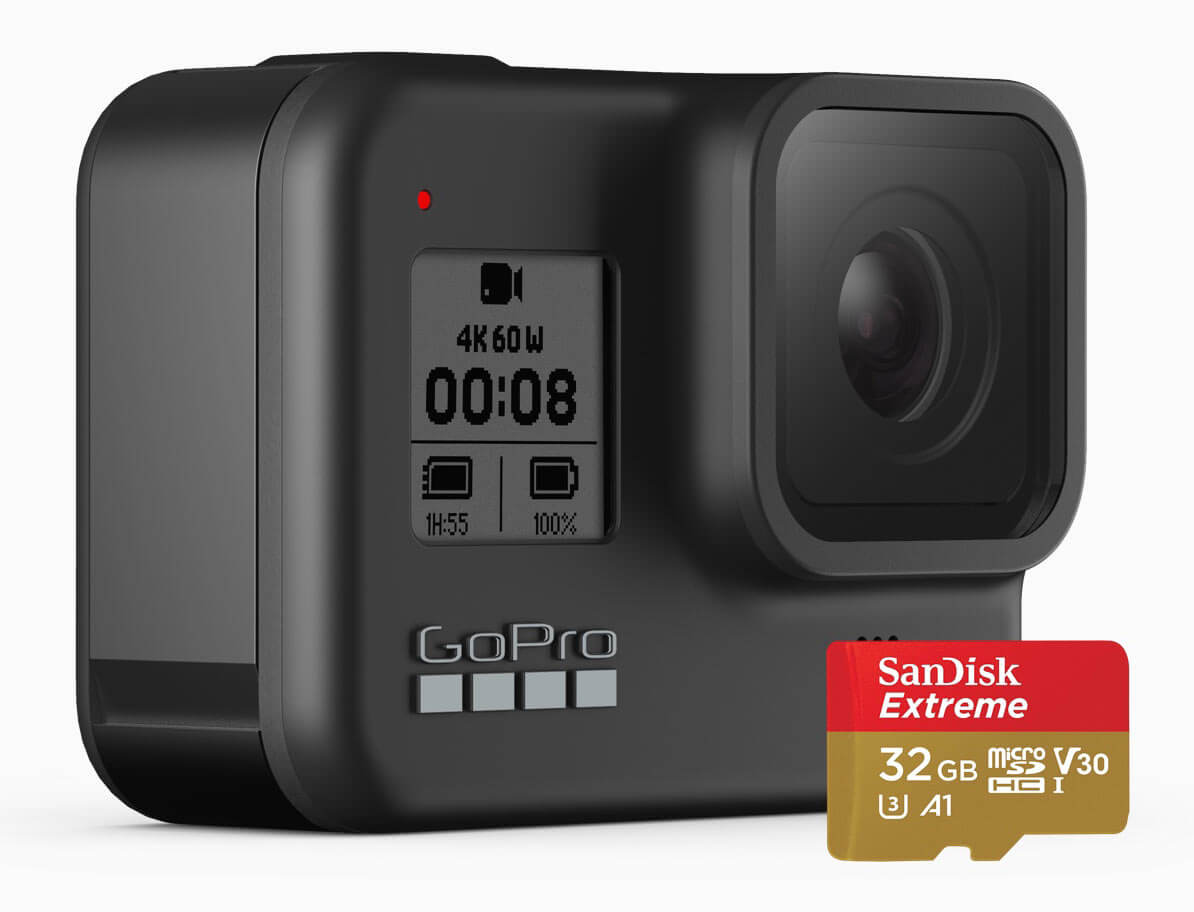 Must Watch: 50to01 Crew In The Dirt Playground

Fat Bike Freeride | No Excuse for not...