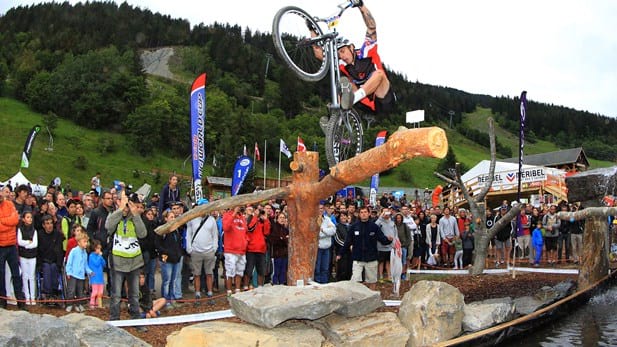 Jack Carthy takes us on a two day inspirational ride with an inside look at this strict gym sessions and morning training in a local quarry.  Sick video from such a talented rider. This takes place during the 189 days leading up to the World Championship. Be sure to check out “Still I Rise” and “Motivation“.

This UCI World Champion likes to play it down a bit, has been focused and after it for the past ten years. Day one Jack Carthy takes us through his training routine with his trainer, pushing the boundaries to find that next level.  Day two takes us to a remote quarry where Jack picks his way through the rugged rocky terrain along with a host of trialsbike riders.   Line selection here is of the most importance, as it is set on a slope complete with moss, and jagged rock.  No easy lines here.  Jack has also taken young team mate Will Ackerley under his wing with regular riding sessions around his home town offering advice with plenty of banter along the way.

Nick Hindle, Manager and S&C Coach for Jack Carthy’s provides us with the insight and guidance on what it took to get to UCI World Champion.