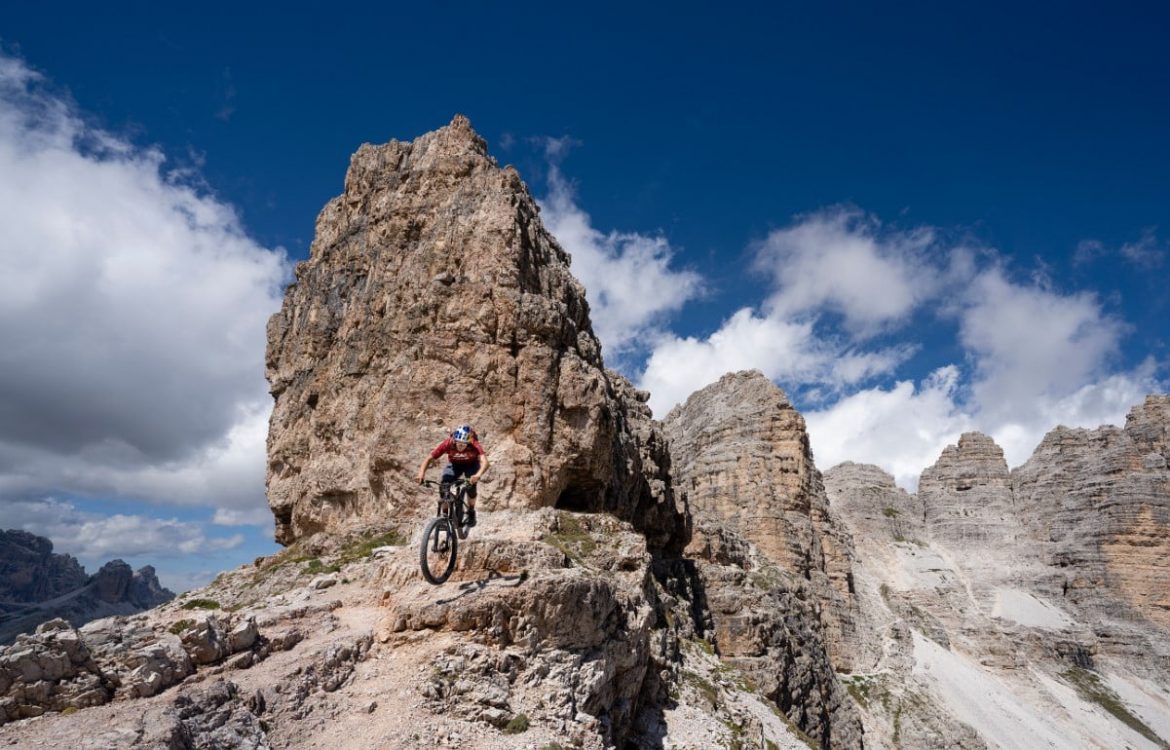 Austrian Red Bull athlete and trial biker Tom Öhler rides a fine line between earth and sky as he descends the Piz Boé (3,152m), the highest mountain in the Sella Range of the Dolomites, on a custom built mountain bike. There are many mountain bike edits but only some will make the hairs on the back of your neck stand on end while providing a good laugh -Tom Öhler’s incredible descent of Piz Boé (3,152m) now tops that list. “Today I’m going to introduce you to Bella Italia,” says Tom. “Welcome to the Dolomites!”

Setting off from the mountain’s infamous pyramid peak, at 3,152m Piz Boé is the highest mountain in the Sella Range of the Dolomites, Oehler threads his way down single track that would make a mountain goat uncomfortable and hoping rocks with fathomless drops on either side. On the way he meets friendly hikers who give him a push and finally ends his descent in an Italian cloud forest where he meets his crew. Like the climber he passes on Piz Boé says: “Whenever I see a video like yours I say, ‘this one is not normal’. And today I have the chance to meet a person like you. So congratulations!”

It really is a two-wheeled adventure that bikes a fine line between earth and sky. Thankfully Tom is no stranger to white-knuckle rides, having started his two wheeled adventures before he could walk. Tom began competing in trials in 1997 and since has racked up a host of titles and world firsts, including the World Records for the “fastest 400m hurdles on a bike” and “the highest wall climb”.

Tom Öhler Rides the Dolomites, with its nail-bitting lines and stunning cinematography, is surely going to be one of he most epic bike edits of 2021 and will go down in bike history as legend: Yet another feather in Tom Öhler’s cappello alpino. Watch the full edit below unless you are scared or heights!