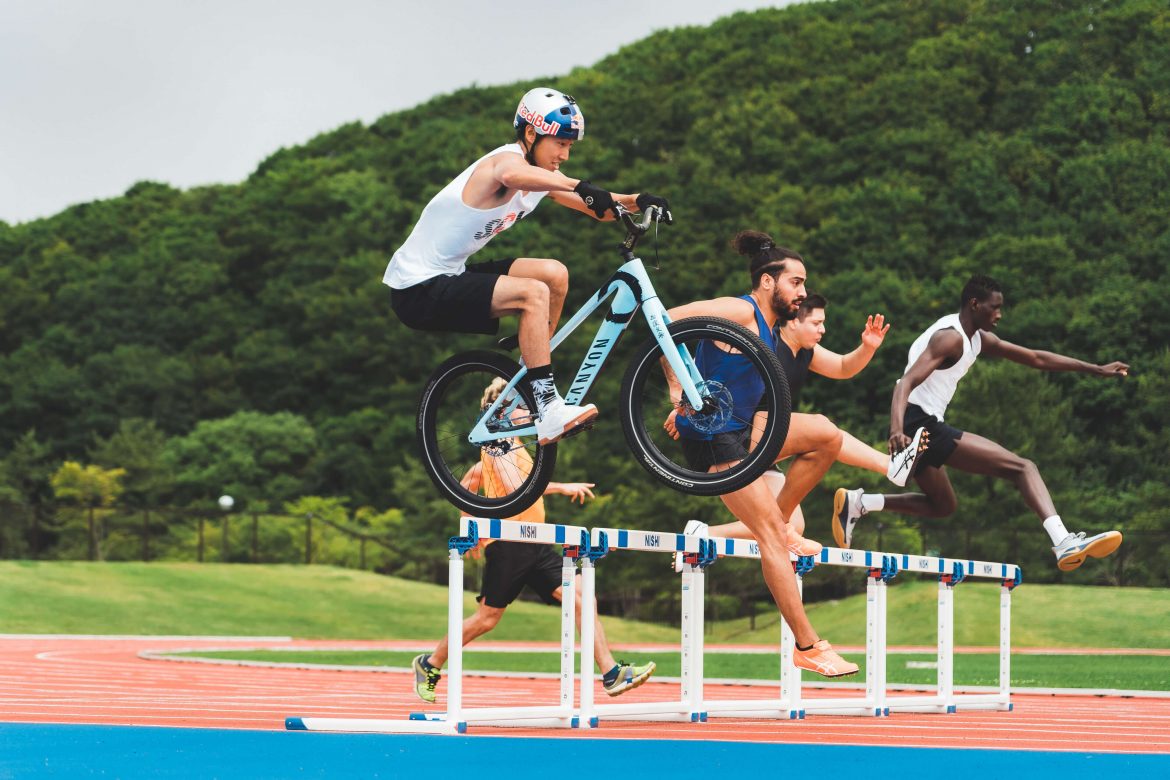 Inspired by trials bike legends Danny MacAskill and Fabio Wibmer, Japan’s Tomomi Nishikubo has produced another fun, daring project after tackling pentathlon events on two wheels. After riding motocross from the age of five, Nishikubo switched up to trial biking aged 12 and learned to ride tricks on it by watching online videos of his heroes Scot MacAskill and Austrian Wibmer.

After becoming Japanese Trials Champion in 2016 and 2017, he moved onto shooting narrative-led street trials videos full time such as Ninja Rider 1, Ninja Rider 2, Chase Her and Ride To Survive, which have racked up more than 16 million views between them on YouTube alone.

For his latest project, the 29-year-old competed alongside other athletes in five events that can make up a pentathlon – 110m hurdles, long jump, 3000m steeplechase, high jump and 100m sprint. Nishikubo joins the hurdlers off the start line and balances on a hurdle before riding backwards down the rest of the course then sets up a ramp and does a front flip into the long jump pit.

Back on the track, he tricks along and over the steeplechase hurdles and refuels with a can of Red Bull from his coach before catching up with his bike and navigating the water jump expertly. He gets the ramp out again to clear the high jump bar before lining up for the 100m where he speeds off doing a wheelie to claim the victory then skips up some steps and down on to the podium top step to finish.