Vinny T sending big air at the 7 Peaks Riverstyle Big Air show contest for snowboarders and skiers in Morgins, Switzerland. Vinny was there on invite to give the big 70 foot snow kicker jump a go on his DH rig. 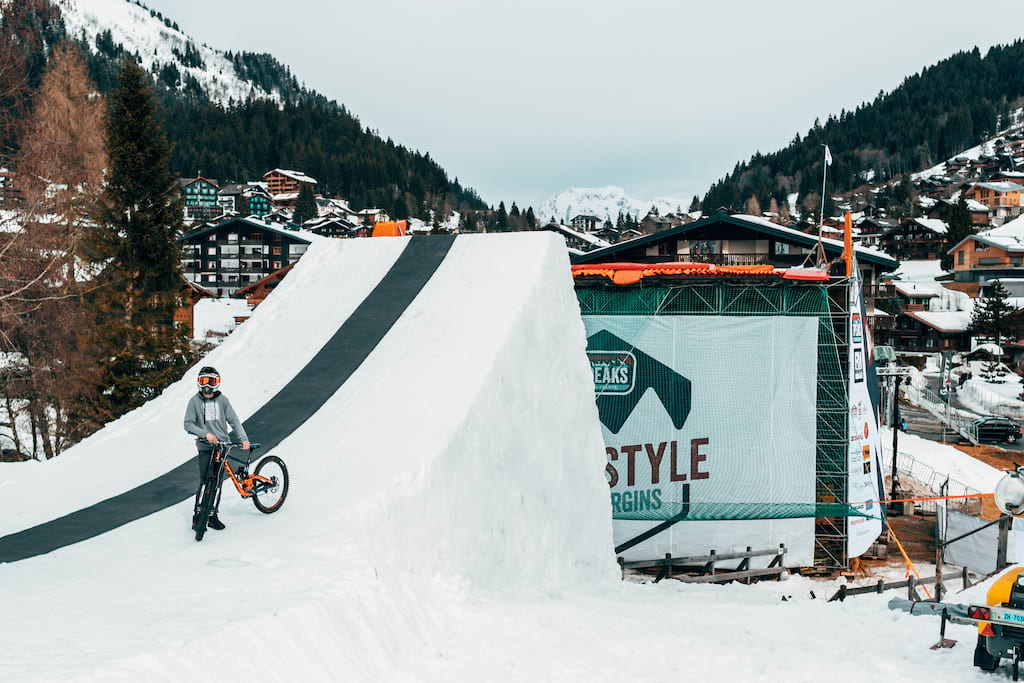 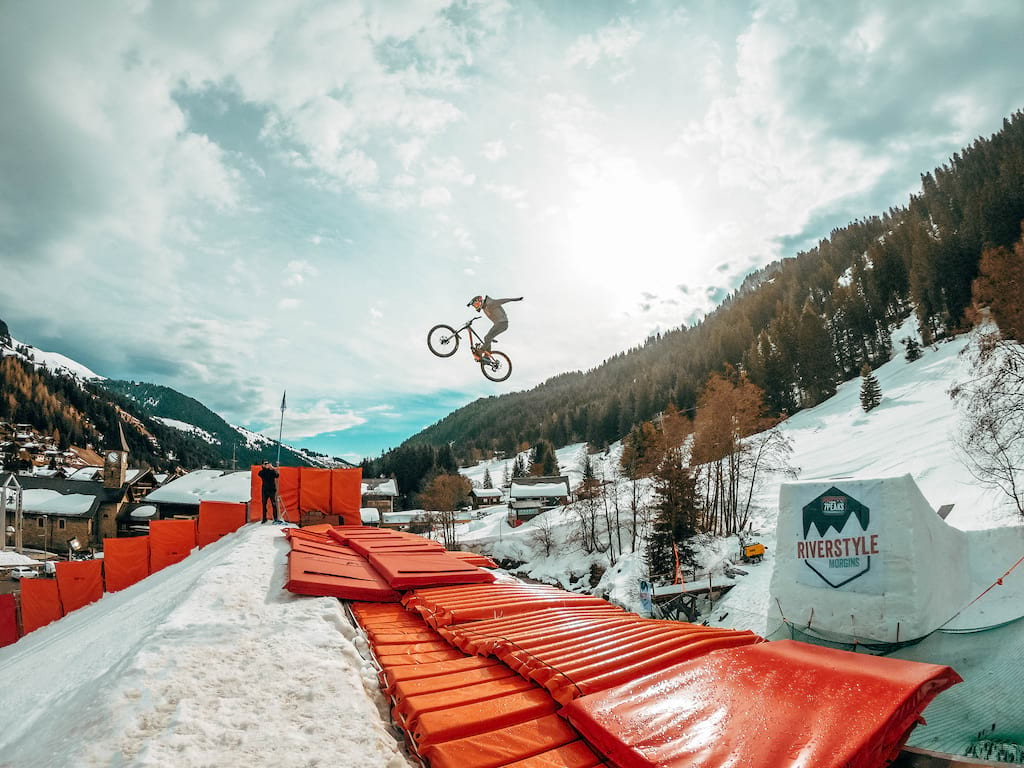 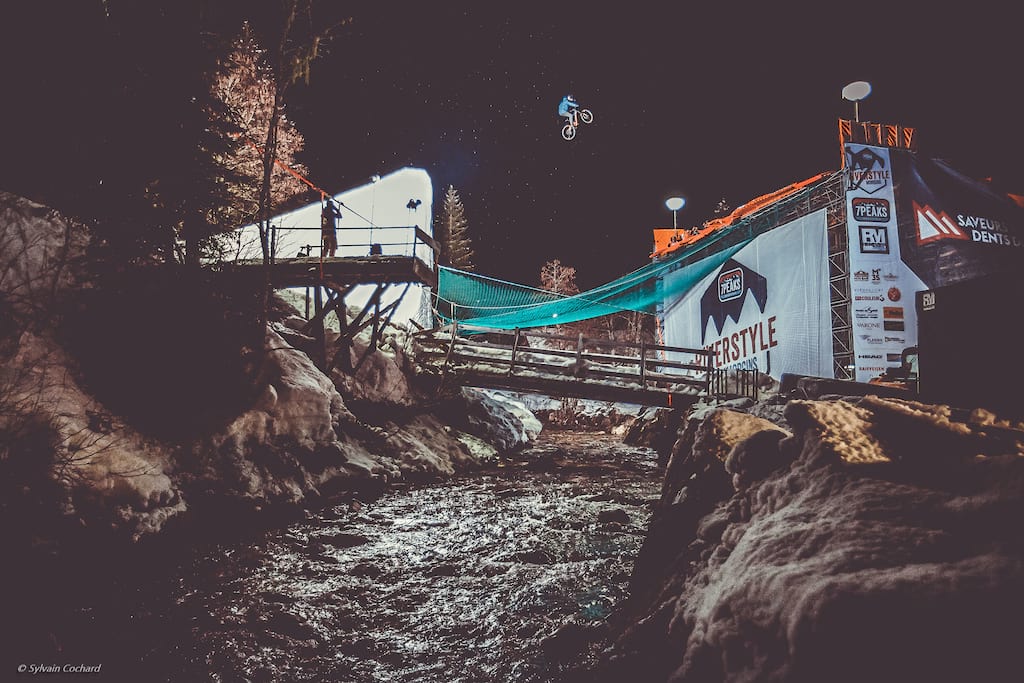 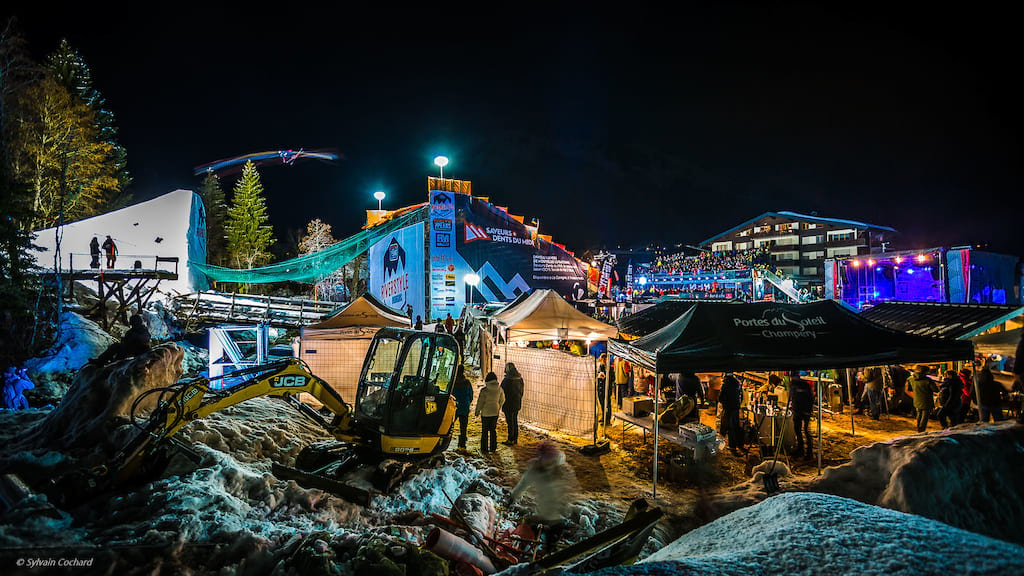