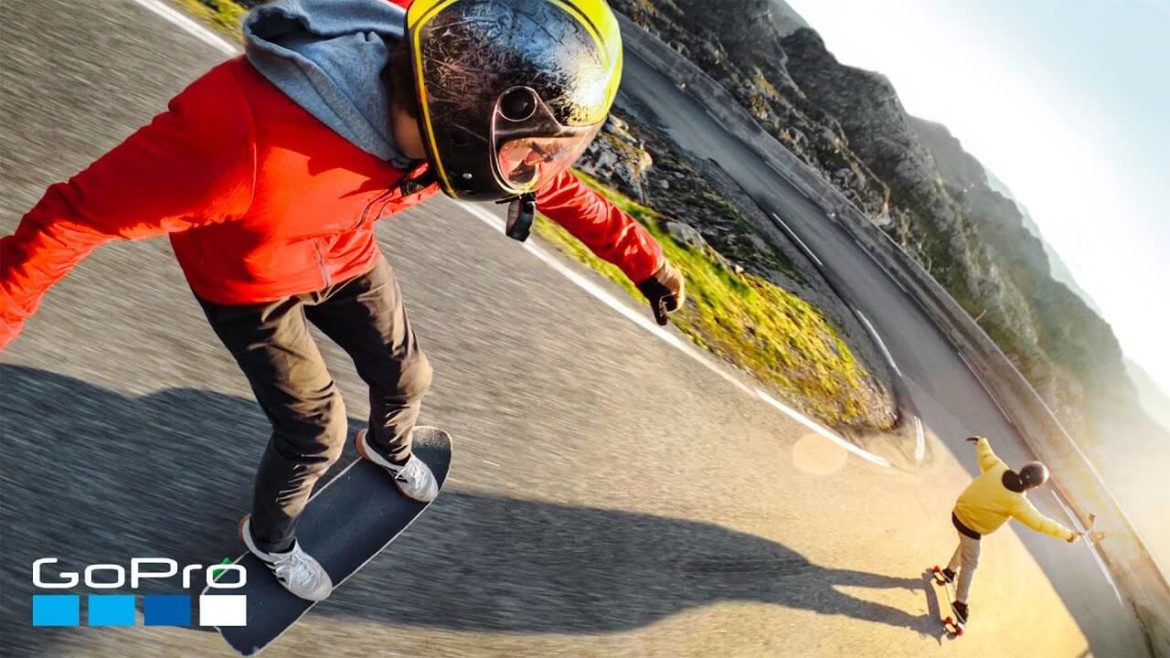 GoPro Max 360 VR is getting upgrades like the latest Hero8, inside and out, with a change from the Fusion name to Max. Now GoPro brings us this new immersive technology at a much smaller size, to about the same as the Hero8.  The new max comes with the same mounting system as the Hero8, making it much easier to mount in different locations on the bike.  The new Max also boasts a touch screen display and can shoot single lens video, which, dare i say it, makes the GoPro Max 360 VR the only GoPro we may need.

The new Max comes with new video capabilities at the same resolution as the Hero8 at 4K 60fps, 2.7K 120fps and 4x slow motion playback. The 360 degree Max version of Hypersmooth 2.0 for image stabilization, TimeWarap for time lapse photo sequences and video and the SuperView for high dynamic range images. Still photos come in at a large 16.6MP 360 degree photos or 5.5MP stills.  And, a single click 270 degree 6.2MP panoramic mode. 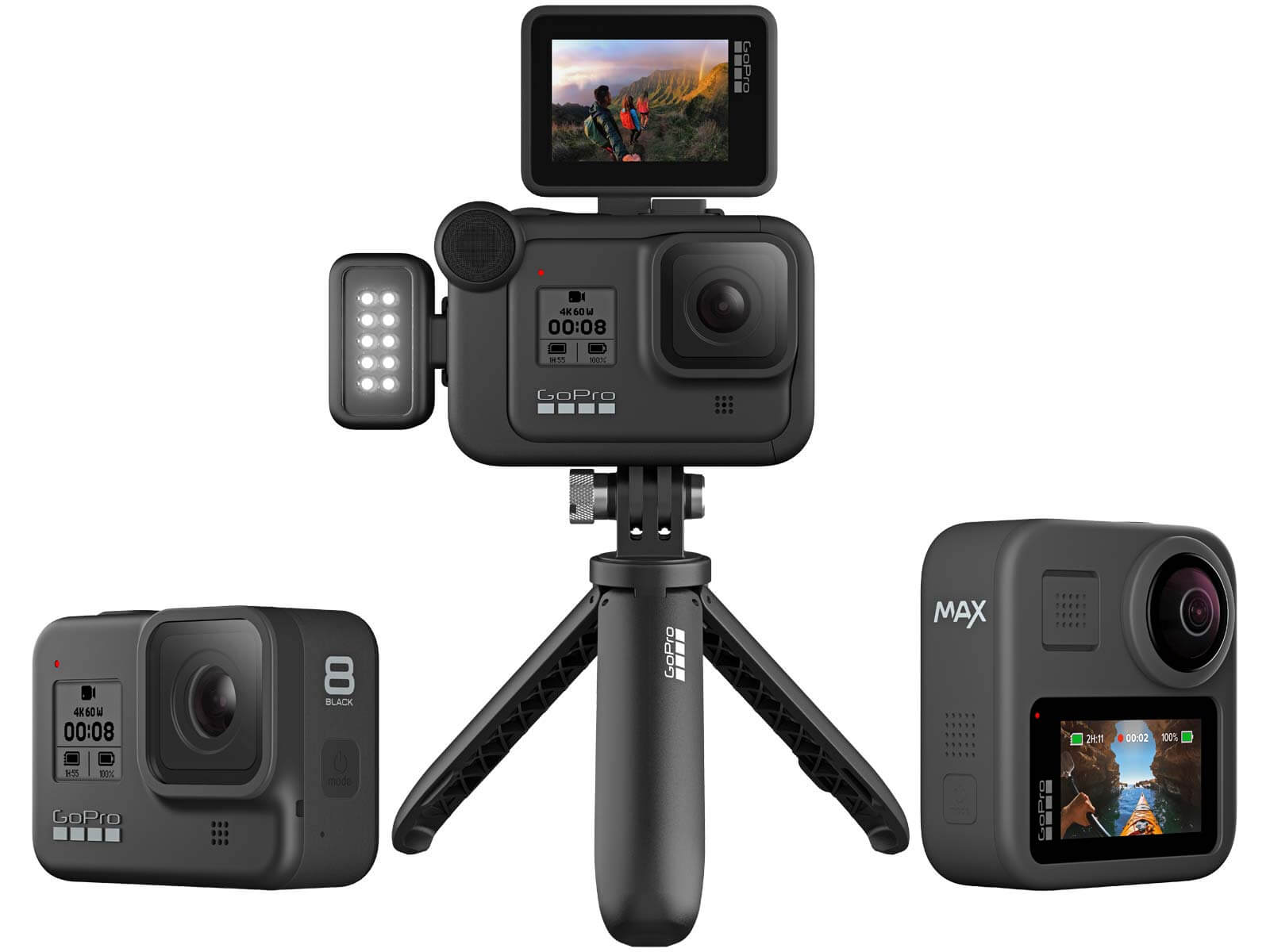 The Max gets the same mounting system and Floating Fingers as the Hero8, so need need for an array of accessories, as you needed before with the Fusion.  Because this is a GoPro, the Max is build to work in the toughest environments.  The Max is rated down to 16 feet of water, has a new touchscreen, features voice control, and works with the GoPro mobile app, as we would expect. 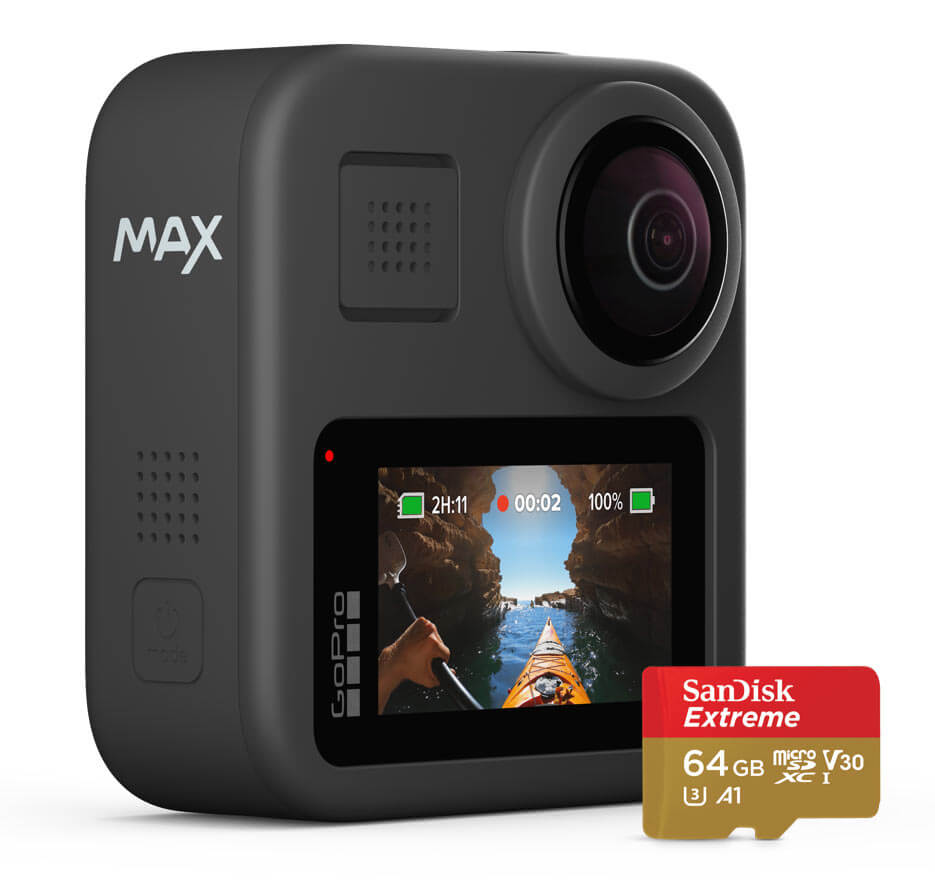 GoPro Max is available for pre-order for $500 making this a better deal than the old Fusion kit. You get the Max, case, two mounts, selfie grip, and the 64GB Micro SD card if you order this direct from GoPro. We could see this as soon as the end of October 2019.